My Favorite Albums of 2014 (in no particular order)


Here’s the list of my favorite albums of 2014. I returned to these records repeatedly over the course of the year, and each fulfilled very different needs at different times. Therefore, I didn’t rank them. Doing so would be like ranking which of your children you loved best.

1. “The Take Off and Landing of Everything”: Elbow 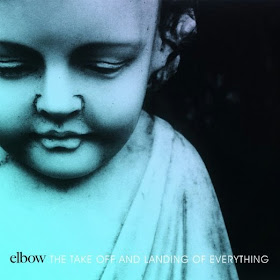 I no longer hesitate to say that Manchester-based Elbow claimed the place in my heart that U2 abdicated after years of lack-luster releases that failed to match the greatness 1991’s “Achtung Baby”. Elbow describe their music as “prog rock without the solos”, owing heavy debts to Peter Gabriel-era Genesis and Talk Talk. Lead singer Guy Garvey’s husky tenor voice often sounds like Peter Gabriel’s voice, especially in the high register, and his thoughtful lyrics earned him the title “Poet Laureate of the Everyday” from the British press.
Thematically, the album simultaneously celebrates and dreads middle age (most of the band members just turned 40); the seemingly-amicable demise of Garvey’s long-term relationship with journalist/novelist Emma Jane Unsworth; a love affair with New York City (where Garvey lived for three months, writing the lyrics to the “King Kong” musical); the changing nature of social drinking and pub culture when one returns to bachelorhood at age 40; and the tedium of trans-Atlantic flights.
This album has some songs (such as “Fly Boy Blue/Lunette”) that are less formulaic, more adventurous than some of the band’s more anthemic, stadium-ready songs. While I prefer Elbow’s albums “The Seldom Seen Kid” and “Build a Rocket Boys!” to this new album, “The Take Off and Landing of Everything” is a welcome addition to their catalogue.
My favorite song on “The Take Off…” is “My Sad Captains”. Unsworth suggested the theme of the song to Garvey from the following lines in Shakespeare’s “Antony and Cleopatra”: "Come, let's have one other gaudy night; call to me all my sad captains; fill our bowls; once more, let's mock the midnight bell". Garvey said the song is about "missing my friends that have dropped out of the drinking culture that we all met in, or moved away, or died.”
Here's a video of "My Sad Captains":
If you enjoy this album, be sure to listen to its companion EP, “World Café Live”, featuring four stripped down versions of tunes from “The Take Off…” and one reworked version of their song “Scattered Black and Whites”.
3. “Popular Problems”: Leonard Cohen
Released September 22, 2014 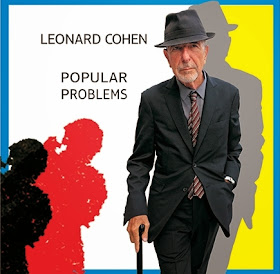 Leonard Cohen released his thirteenth studio album one day after his 80th birthday. Although he released his first album in 1967, Cohen was already a critically acclaimed, rising literary star in Canada; he wrote four volumes of poetry and two novels before he decided to try his hand as a singer/songwriter. Cohen continued to release albums and tour into the early 1990’s, when he retired to a Buddhist monastery, even though he considers himself a devout Jew. After feeling the pull of the outside world, Cohen emerged from the monastery five years later to discover that his business manager embezzled almost all of his life’s savings, as well as sold publishing rights to his songs. This financial crisis prompted a flurry of writing, recording, and touring that Cohen has continued long after he reestablished his fortune. Cohen’s financial loss proved his fan’s gain, as it’s given us several world tours, four live albums, and two new studio albums, including the masterful “Popular Problems”.
While Cohen’s previous album, “Old Ideas”, was a gem, “Popular Problems” is much more cohesive and focused. Cohen co-wrote eight of the nine songs on “Popular Problems” with Patrick Leonard. Leonard often adapted Cohen’s poetry into song form, tailoring the melodies to the singer’s vocal limitations. Cohen said, "I would have a rhythm in mind […] I had the function of the veto. Most of the musical ideas were Patrick's, with a bit of modifications. Whether there were horns or violin, all of those things were decided mutually." Cohen said that he is completely satisfied with all the songs save one: “Born in Chains”, the only one he wrote without Leonard. Cohen said that he began writing “Born in Chains” 40 years ago, and has rewritten it numerous times. Another track on the album, “A Street”, began gestating shortly after the 9/11 terror attacks. Concerning amount of time that it usually take Cohen to complete a song, he said, "Being a songwriter is like being a nun: you're married to a mystery […] My methods are obscure and not to be replicated. A song will yield itself if you stick with it long enough. But you've got to stick with it for a very long time." But Cohen said he was astonished with how quickly he and Leonard co-wrote the other songs on “Popular Problems”.
The musical arrangements on “Popular Problems” are more fully developed, less skeletal, than Cohen’s last several albums—probably due to Patrick Leonard’s influence. Because of his age and diminished vocal range, Cohen largely speaks his melodies with inflection, augmented—as usual—by female backing singers. But I actually prefer the aged timber of Cohen’s voice now to his singing in the 1960s and ‘70s.
For me, the Cohen’s lyrics on “Popular Problems” were my favorite for 2014. The meter of each line is so exact, and the couplets are so perfect that the writing seems effortless, even though most of the lyrics were crafted over many years. Here’s one of my favorite verses from “Almost Like the Blues”:
There is no God in Heaven and there is no Hell bellow
So says the great professor of all there is to know
But I’ve had the invitation that the sinner can’t refuse
And it’s almost like salvation; it’s almost like the blues
Here's a video of "Almost Like the Blues":
For further listening, check out Cohen’s newest live album, “Live in Dublin”, released December 2, 2014.
4. "Aventine" (Deluxe Edition): Agnes Obel
Released October 7, 2014 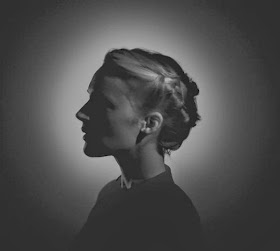 Danish singer/songwriter Agnes Obel relocated to Berlin in 2005, and released her critically acclaimed debut, “Philharmonics”, in 2010. “Aventine” is only subtlety different than its predecessor, but that’s not a bad thing. The arrangements center on Obel’s piano playing (minimal, classical styling with a pop sensibility), then on violin/viola and cello. Obel’s voice and songs perfectly embody the feel of autumn. While I love her songs as a whole, her lyrics are a little too impressionistic and obtuse. But her lyrical flaws are easily excused, as Obel isn’t a native English speaker, and because the overall esthetic is so emotive.
Here's a video of "The Curse":
5. "Lullaby and… the Ceaseless Roar": Robert Plant
Released September 8, 2014 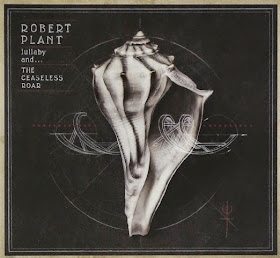 Robert Plant and The Sensational Space Shifters released an album that blends folk, rock, blues and worldbeat to create a great road trip soundtrack. This is definitely a “vibe” record, and I especially enjoyed the seamless blending of North and West African music with western pop music. I prefer Plant’s more nuanced vocal performances on this album to his rock and roll acrobatics with Led Zeppelin.

Here’s a video of “Little Maggie”:

6. Blood Oranges in the Snow: Over the Rhine 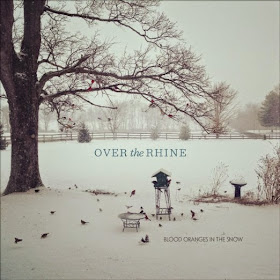 I was fortunate to attend a week-long songwriting workshop this year, taught by Over the Rhine’s Karin Bergquist and Linford Detweiler. One highlight of the workshop was when Detweiler played the class two tracks off of “Blood Oranges in the Snow” prior to the album’s release: “My Father’s Body” and “Bethlehem”. These two tracks proved my favorites on the record. Over the Rhine described “Blood Oranges” as a “reality Christmas album” that honestly acknowledges the emotional messiness many people experience during the Christmas season: loss of loved ones, financial insecurity, war, regret. But the album also balances melancholy with cautious hope, and with redemption that doesn’t ignore scars. Ultimately, when I listen to “Blood Oranges”, I’m reminded of President John F. Kennedy, who described himself as an “idealist without illusions”.


The musical landscape of “Blood Oranges” is mostly painted from an Americana/country pallet. As always with OTR records, the production is impeccable, and Burgquist’s vocals never fail to “take us to church”. As an added treat, Detweiler also sings on much of the album. The lyrics on the album often moved me to tears, especially “My Father’s Body”:


Here’s Over the Rhine performing Merle Haggard’s “If We Make it Through December”: 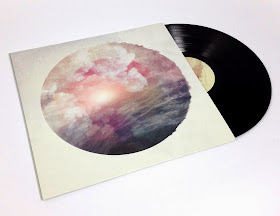 ﻿
﻿
﻿
Wrong Kata Trio is an instrumental, garage-jazz/funk/space-rock ensemble. Two-thirds of the band live in Lawrence, Kansas, while one-third lives in Wichita. To further complicate matters, guitarist/violinist U.J. Pesonen is Finnish, bassist Anthony Case is Jamaican, and drummer Brandon Graves is a Kansan. All three musicians played with Don and Lori Chaffer in the band Waterdeep, so it’s not surprising that Wrong Kata Trio enlisted Don Chaffer’s considerable talents to record their sophomore album, “Come Morning”. The record is a hipster’s gnostic dream come true, as it’s only available on vinyl. The record does come with a digital download code, but you can’t obtain a digital version anywhere else. Pesonen told me that the band decided to release the album exclusively on vinyl because of the enhanced sound quality, the sharp decline in consumer demand for CDs, and to showcase the album’s artwork.
You can purchase the vinyl record of “Come Morning” here:
http://wrongkatatrio.com/buy-the-new-album-come-morning/
Visit http://www.jackkorbel.com/
﻿